Under the supervision of Senior IT Lecturer Mr Foong Pek Hin, Ms Jacquelyn developed an Augmented Reality (AR) Jigsaw Puzzle for Autistic Spectrum Disorder (ASD) Children that has the potential of enhancing the lives of ASD children all over the world.

Children with ASD lack ability in expressing emotions through facial cue in social interaction. Ms Jacquelyn’s award-winning invention aims to help children with ASD learn various facial cues and emotions through the use of Augmented Reality Technology. In her invention, ASD children will an augmented reality mobile app that uses a jigsaw puzzle as a marker. This jigsaw puzzle will have three characters which portray different emotions for the child to be able to learn facial cue and emotions, which they can use when in social interaction with other children.

Once again, we congratulate Ms Jacquelyn in her outstanding achievement in WICE 2020! 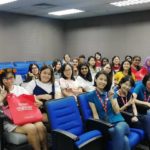 MTUC PARTNERS WITH SEGI TO ASSIST MALAYSIANS DISPLACED BY COVID-19 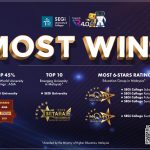